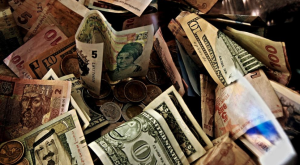 A total of $2.3 billion have now been pledged towards the Green Climate Fund, the majority of which was announced at last week’s UN Climate Summit, held on 23 September 2014 at the UN Headquarters in New York City. Attended by over 120 Heads of State and Government and ministers, expectations for contributions to the Fund were understandably high, and leaders from both developing and developed nations expressed strong support for the Fund, with several reiterating their call for an initial capitalization of at least $10 billion.

Most importantly, eight countries joined Germany’s existing pledge of 750 million euro by announcing contributions to the fund over the coming years; France has pledged ($1b), South Korea ($100m), Sweden ($45m), Switzerland (at least $100m), Denmark ($70m), Norway ($33m), Mexico ($10m), Luxembourg ($6.8m), and Czech Republic ($5.5m). Other nations, such as Japan, refrained from announcing concrete numbers and instead signaled their intention to contribute to the fund. In other hand, it is important to note that several developing countries have made pledges of contributions, including Mexico, South Korea, and an earlier pledge of $250,000 by Indonesia.

UN Secretary-General, Ban Ki-moon convened the Climate Summit to catalyze action on climate change and raise political momentum towards a global agreement under the UNFCCC by 2015, and these initial pledges set the bar for other countries, particularly developed nations, to generously contribute to the Fund. The Green Climate Fund is expected to become the primary financial mechanism under the Convention to provide crucial financial support to developing countries to limit or reduce their greenhouse gas emissions and adapt to current and future climate change impacts. Like many of their developing country counterparts, AILAC countries welcome the progress made at the Summit but echo the common sentiment that many developed countries and those able to do so are yet to move from intentions to real commitments, which are needed to reach the target of $10 billion initial capitalization by the end of this year to enable operations to begin in 2015. A number of AILAC countries are also considering making contributions to the Green Fund, in order to demonstrate their commitment to a global shift towards low-emission and climate-resilient development.

In addition to the new contributions pledged on finance, a number of Heads of State also announced significant actions to reduce or limit their greenhouse gas emissions. Among AILAC countries, Colombia highlighted the country’s commitment to forest landscape restoration; Peru announced a new partnership with Norway and Germany to improve national forest management (with $300m from Norway); Chile announced a national carbon tax of $5 US/tCO2 and stated that the country will generate 45 percent of its energy from renewables by 2025; and Costa Rica announced a target of using 100% renewable energy by 2016.

A range of similarly encouraging announcements were made by global financial institutions at the Climate Summit, notably: the International Development Finance Club’s decision to increase direct finance to $100 billion a year for new climate finance activities by the end of 2015; an announcement by leading commercial banks to issue $30 billion of green bonds by 2015 and intentions to increase climate-smart development investments to 10 times the current amount by 2020; an announcement by a coalition of institutional investors to de-carbonize $100 billion by the end of 2015 and disclose the carbon footprint of at least $500 billion in investments; a commitment by insurance corporations to double green investments to $84 billion by December 2015 and reach $420 billion in climate investments by 2020; and plans by three major pension funds in Europe and North America to accelerate low-carbon investments to more than $31 billion by 2020.

Also worth noting was the European Union’s announced intention to donate $3 billion euros to aid developing nations cut emissions up to 2020, and the US Federal Government’s promise to give the World Bank $15 million to help finance a new pilot program aimed at reducing methane pollution. A graphic overview of what all attending countries promised during the Summit and an overview analysis of the outcomes is available here.

When the Climate Summit started, almost five years had passed years since Heads of State came together in one place to discuss climate change and national and global efforts to address it. By convening over 120 HoS and high-level business leaders the Summit was able to send a message to the world that there is meaningful domestic action and transformational private sector investment taking place to address climate change. There is still much to do to build the trust and momentum needed to before 2015, including the initial capitalization of the Green Cliamte Fund at $10 billion dollars and the communication by all Parties of ambitious and equitable nationally determined contributions to the new agreement. Only time will tell if this message from political, business and financial leaders has been successful in fertilizing the seed for an ambitious, legally binding agreement in 2015.